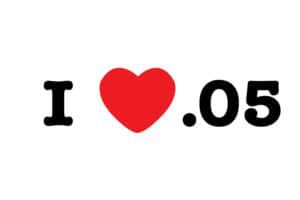 Lawmakers in Utah knew they faced an uphill battle when they changed the legal blood alcohol concentration (BAC) from the US standard of .08 to .05. They would acknowledge that there have been loud detractors to the new Utah drunk driving law, but the overwhelming response to the new BAC has been positive.

Now they have even more proof that it was a good step in the right direction. Thanks to the new Utah drunk driving law, the state will receive the Prince Michael International Road Safety Award. The award will recognize everyone involved in changing the BAC including the Utah Department of Transportation, Utah Department of Public Safety, the Utah Legislature, and the Governor.

Representatives have to travel all the way to England to receive the award, and when they are in Europe they’ll realize that having a .05 legal BAC isn’t that unusual after all. Most European countries, with the exception of England, have their legal BAC set at .05. Scotland has even had a .05 BAC since 2014.

This award is coming at a time when opponents to Utah’s drunk driving law are becoming more vocal. The deadline for the change is December 30th, 2018, and some groups have gone as far as taking out ads in newspapers in an attempt to have the ad repealed.

The problem? Their argument that the .05 BAC unfairly targets moderate drinkers instead of dangerous drunk drivers doesn’t stand up. It’s a fact that any amount of alcohol can affect your driving skills, so even if you’ve only had one or two drinks, you shouldn’t be behind the wheel of a car. The .05 blood limit enforces that fact, and the ultimate benefit of the BAC change will be in how the public perceives drinking and driving.

If someone knows a single drink could mean their BAC is close to or at .05, they might think twice about putting the keys in the ignition. That change in perception could save lives, and saving lives is the goal of any state drunk driving law.

Time will show: Utah is ahead of the curve with their new BAC. Hopefully the rest of the US will follow.

Previous Post: « Police Officer Saved Her. Then He Arrested Her For Florida Drunk Driving
Next Post: Parenting Fail: Mom Charged With DWI With Child In Back Seat »