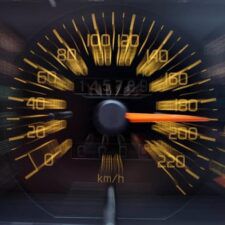 With a Canadian election just complete and a new Prime Minister ushered in who is promising legalized marijuana, it’s safe to say pot has been making news a lot lately. Although this would be a new thing for our neighbors to the north, Washington State has had legalized marijuana for a year and a half now. If there is one thing lawmakers and law enforcement might share with a country considering legalization, it’s that dealing with the outcomes is a learning process.

Driving under the influence (DUI) rates in Washington haven’t seen a significant increase since the state legalized marijuana, but that doesn’t meant law enforcement aren’t having a hard time cracking down on drugged drivers. To stop people who get behind the wheel while stoned, lawmakers created a law in 2013 that limits the amount of active THC in a driver’s blood to a maximum of 5 nanograms per millilitre. According to state officials, that 5 nanograms is equivalent to someone having a blood alcohol concentration (BAC) of .08.

But accurately assessing an individual’s blood to determine drugged driving requires a blood test, and because asking for a blood test isn’t as simple as asking a driver to submit to a breathalyzer, officers have been trained to look for other signs of drug impairment.

When it comes to drugged driving, officers are looking for impaired motor skills, body tremors, dilated pupils, and the smell of marijuana in the vehicle. If the driver is arrested for DUI in Washington State, they will receive 24 hours in jail, a 90-day drivers license suspension for a first time offender, and the driver must install an ignition interlock device in his or her vehicle.

If Washington State is any indication, Canadian law enforcement are going to need to make an extra effort to weed out drugged drivers and lawmakers will have to stiffen impaired driving laws. Just like in Washington, it needs to become very unappealing to smoke marijuana and or drink and drive.

Arizona Has The Toughest DUI Laws In The Country
Next Post: Avoid The 8 By Not Drinking And Driving In California