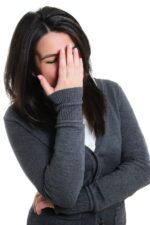 Just because you’re a parent doesn’t mean you’re not human, and as a human being you’re bound to make mistakes. One of the mistakes many parents make is getting behind the wheel of a car after drinking. Even one or two drinks is enough of a mistake that the parent ends up losing his or her driver’s license and, depending on the state, is required to install an ignition interlock in his or her car.

At the time you’re making the choice to drink and drive, you probably aren’t thinking of a penalty like an ignition interlock or how you would answer a question like, “Mom, what’s an ignition interlock?” or “Why are you blowing in that?” It would be even difficult to explain the penalties associated with drunk driving, and even harder if your children were in the car with you when you’re arrested.

That’s what happened to one mother in Texas recently. She was driving down an Austin Interstate when she struck a car from behind. She kept driving north and rear-ended another car before she continued driving, and was speeding onto an on-ramp and crossing lanes to go straight into a guard-rail before she was finally stopped. When officers pulled her out of the vehicle, they looked in the back seat and found two small children.

The driver could hardly stay awake during her field sobriety tests, and when she submitted to a breathalyzer test she was found to have a blood alcohol concentration (BAC) of .258. That’s three times the legal limit, and it’s incredible that she made the choice to drive with her children in the car.

She’s been charged with felony driving while intoxicated (DWI), and that comes with jail time and a host of other penalties. Texas is also an all offender ignition interlock state, so if she ever drives with her kids in the car again, she will be explaining to her children exactly what an ignition interlock is and why she needs to drive with one.

Parents do make mistakes, but before you get behind the wheel after even one drink, you really need to ask yourself whether making the choice to drink and drive is something you want to explain to your kids or have them there as witnesses. Every parent owes it to their children to keep them safe, and no one is safe when you’re drinking and driving.

Non-Drinking Officer Nabbed for DUI Over Egg Nog
Next Post: Friday Fallout: Animals Can Get Killed In A Drunk Driving Crash Too