This Is Why Wisconsin Has An OWI Problem 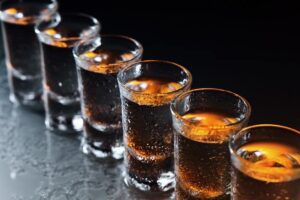 According to one State Senator in Wisconsin, the state has a dirty secret: no matter how many times they try to push new laws through to tough up on drinking and driving offenders, not one bill has seen a vote from state senate.

This is a state that really needs to improve their operating while intoxicated (OWI) laws. It currently has the distinction of being the only state that does not criminalize a first time drinking and driving conviction. That means if you’re stopped for drunk driving, you’re typically taken in, required to wait until you sober up, and released with a fine.

Several lawmakers have tried to change the laws for first time offenders, but each and every bill that appears before the Senate transportation committee dies because the majority leader won’t schedule any of the bills.

According to State Senator Tim Carpenter, that reluctance to schedule the bills is due in part to not wanting to overload the court system with OWI offenders. For families of Wisconsin residents killed by drunk drivers, that’s not a good enough reason.

Because OWI laws aren’t going to be toughened up in Wisconsin anytime soon, task forces, local police, and the public have had to step forward and take matters into their own hands. The state doesn’t allow for sobriety checkpoints, so volunteer police saturation patrols have seen success and resulted in a yearly decrease in alcohol-related crashes.

Senator Carpenter doesn’t believe he’ll see improved OWI legislation until after the next gubernatorial election in 2018, and a new bill introduced recently is only going to revoke a driver’s license after a Wisconsin resident receives 5 OWI’s.

In the meantime, Wisconsin drivers know that a first time OWI offense will result in nothing more than a slap on the wrist. That’s not good news for anyone who wants to feel comfortable driving on highways and roads in the state.