Wisconsin’s OWI Laws Need To Change: Why Haven’t They? 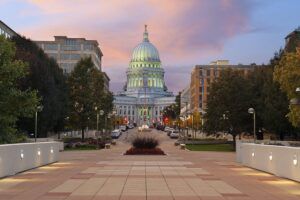 It’s the middle of 2017, and Wisconsin still maintains the distinction of being the only state in the USA that doesn’t criminalize a first drunk driving offense. Lawmakers have been considering toughening up Wisconsin’s OWI laws, but they say they have one major hurdle standing in the way: money.

According to several state senators who are drafting bills to improve Wisconsin’s OWI laws, legislation that would bring the state up to the same level as most state’s drunk driving laws would result in a huge cost to taxpayers.

There are two major OWI bills on the table right now. One would require a minimum prison sentence of five years for any drunk driver who crashes and kills someone, while the other would require any offender with a BAC of 0.15 or higher to drive with an ignition interlock in his or her vehicle.

That interlock bill was approved by the state assembly in May, but it may not pass. It’s just this type of program that lawmakers feel would hit tax payers in the pocket books, and they’ve cited a recent felony OWI bill, resulting in more pressure on the prison system, as evidence that cracking down on drunk drivers in Wisconsin is going to amount to too much money.

But with all the talk of dollars, cents, taxes, these lawmakers are forgetting one important thing: the cost of lives. Drunk driving claims more lives in Wisconsin with each passing day, and those live are worth more than money. As long as Wisconsin is avoiding criminalizing a first offender and cracking down on drunk drivers with ignition interlocks for all offenders, more lives will be lost.

In this case you get what you pay for, and if Wisconsin is the only state in the USA that hasn’t made a first drunk driving offense a crime, the state isn’t paying as much as other states to stop drunk drivers.