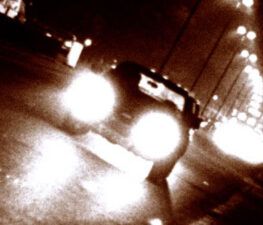 Wisconsin is one of the first states that come to mind when you think of lenient drunk driving laws, and that’s because Wisconsin is the only state in the USA where a first drunk driving offense counts to not much more than a really expensive traffic ticket. Not only does a first time offender only pay high fines and have a minimal driver’s license suspension period, they aren’t required to install an ignition interlock in Wisconsin unless the first offender has a blood alcohol concentration (BAC) over. 15.

That’s why it’s sort of ironic that a report released by Mothers Against Drunk Driving (MADD) recently showed that Wisconsin had more drunk drivers blocked by ignition interlock devices than any other state. It’s not a small number of drivers either: since 2016 there were 37,299 drunk drivers who attempted to start their vehicle while drunk and were stopped by an ignition interlock in Wisconsin.

The other top states with drunk driving offenders stopped by ignition interlocks include California with 35,756 stops and Minnesota with 6,290 drunk drivers stopped.

You can take away two things from MADD’s report on Wisconsin. One, the sheer number of people who are attempting to start the car after drinking shows that all drunk drivers in the state need to be required to use ignition interlocks with an absolute zero amount of alcohol allowed before they can start their vehicle. Right now first offenders with a BAC of .02 or lower can start their vehicle equipped with an ignition interlock, but repeat offenders must adhere to absolute zero policies.
The other take away from MADD’s report on Wisconsin is that the lenient first offender laws can’t be working. If this many offenders with an ignition interlock in Wisconsin are still attempting to start a vehicle after drinking, what are those offenders who only receive a simple driver’s license suspension doing? MADD has shared statistics that show that 50 to 75% of drivers will continue to drive on a suspended license, and that’s what could be happening in Wisconsin.

Wisconsin has always made news because of their easy going first offender laws, but now that the state is making headlines for ignition interlock violations, will that be enough to change their attitudes toward all offenders?