Will the .05 Utah Drunk Driving Law Keep People Off The Slopes?

You are here: Home / General Information / Will the .05 Utah Drunk Driving Law Keep People Off The Slopes?
December 12, 2017 by Matt Talley 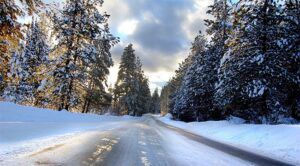 In Utah, winter is king. Not only does the state enjoy a long ski season with record snowfall, Olympics organizers are also contemplating another Utah bid for the Winter Games. If the Olympics do come again to Utah there will tourists by the thousands, but will the new Utah drunk driving laws throw a wrench into the games?

Earlier this year Utah became the first state to change its legal blood alcohol limit from .08, the standard across the United States, to .05. Although the new law isn’t even set to take effect for another year, the backlash started almost immediately.

A few representatives from the tourism and hospitality industry have voiced concern that the blood alcohol limit of .05 is too harsh and it could keep visitors away from Utah. The head of Ski Utah, a marketing group that manages the ski and snowboard industry in the state, thinks the perception of Utah will change. He feels Utah ski resorts are for fun, and this BAC limit could affect the chances of hosting the Olympic games.

Another Utah group has been vocal about the new blood alcohol limit and changes to Utah drunk driving laws, and they keep returning to Utah’s Capitol Hill in the hopes they’ll force lawmakers to make a change. The American Beverage Institute visited the House Minority Caucus recently to request a repeal. Because of past ads the group ran suggesting a senior lawmaker was more dangerous behind the wheel than someone with a .05 BAC, the Caucus didn’t respond to their appeal.

For his part, Utah Governor Gary Herbert said he would be supportive of a tiered penalty system that would penalizes someone with .05 BAC differently than if they had .08.

Despite the opposition, there’s always the possibility that the current .05 blood limit is going to stay in Utah. Even if it actually decreased tourism for the state, the flip side is that it would save lives, and that’s the bottom line.

Colorado Skiing is Fun, But Don’t Get Arrested For Drunk Driving
Next Post: Should You Give The Gift Of A Personal Breathalyzer?