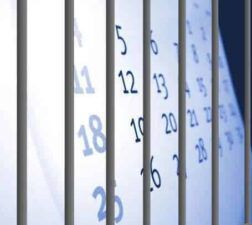 How much jail time is enough for causing a Florida drunk driving crash? If one man from Jupiter, Florida is any indication, it’s a lot longer than you might think.

A man by the name of Admerson Cleber Eugenio Vicente-Vicente was driving in Pompano Beach in 2015. He was drunk, with a blood alcohol content (BAC) of 0.170, and he drove straight into two sisters who were heading to their mother’s house. Both died from their injuries.

Now he’ll be spending 29 years in prison for killing two sisters, and he should count himself fortunate — he could have received 15 years per victim, and the judge also decided to give him credit for time served.

It’s clear from this case that the statistics on driver’s license suspension are accurate. Mothers Against Drunk Driving (MADD) has shared data showing 50 to 70% of drunk drivers will continue to drive on a suspended license, and when they do, this is can happen.

It’s a question someone may want to ask lawmakers in the Florida Senate. They just allowed a bill that would have required ignition interlocks for all offenders to die this past spring, and there’s no sign of bringing it back to life yet.

How much longer will Florida wait to pass this lifesaving law?