You are here: Home / Law / MADD Ready To Support All Offender Ignition Interlock Law In Florida
May 8, 2017 by Matt Talley 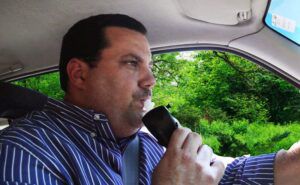 It’s been a long time in coming and it hasn’t passed all of its hurdles yet, but a lot of people are pulling for an all offender ignition interlock law in Florida. One organization, Mothers Against Drunk Driving (MADD), is taking its support for ignition interlocks straight to the Florida Capitol.

As it’s done in the past for Pennsylvania, Texas, and Ohio, MADD has spent time testifying on behalf of an all offender ignition interlock law in Florida. They’d like to see Florida become one of the many states that have taken the steps to pass an ignition interlock law, and by all accounts this is a state that really needs that support.

Take Palm Beach: police are grappling with multiple repeat offenders in the court system right now, and two of the repeat offenders who are currently sitting in jail were arrested for their seventh and, incredibly, seventeenth drunk driving charges. According to the Palm Beach Post there are also more than fifty convicted defendants who had at least three drunk driving convictions but were arrested again.

That could be, because right now, Florida only requires an ignition interlock for a period of six months for any first offender with a blood alcohol content (BAC) of 0.15 or higher. Drivers are also required to install an interlock if they drive drunk with a minor in the vehicle or if they have multiple DUI arrests. These relatively easygoing drunk driving laws could result in offenders making the choice to drink and drive over and over again.

Stopping first time offenders from becoming repeat offenders is one of the reasons why MADD supports an all offender ignition interlock law in Florida. Hopefully we’ll soon see a bill in front of the Governor for signature.

3 Reasons Arizona Drunk Driving Laws Work
Next Post: Women Drunk Drivers Are On The Rise In The USA