You are here: Home / Law / What’s It Going To Take To Change Florida Drunk Driving Laws?
October 19, 2017 by Matt Talley 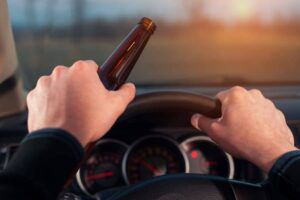 That’s hard to believe considering what’s happening on the roads of Florida, especially with repeat drunk driving offenders. One recent case involved an offender with four Florida drunk driving convictions who crossed state lines into Mississippi and caused a crash there.

No one was hurt in the crash since he ran into a parked car, but when police caught him after he fled the scene they found he had four Florida drunk driving convictions on his record. In Florida you can be charged with felony DUI after you receive three DUIs in a 10 year period or you’re convicted of a fourth DUI. Felony DUI penalties in Florida include license suspension, stiff fines, and up to five years in prison, so why was this man out driving in Mississippi?

The problem isn’t just that he made the choice to drive on a suspended license, it’s that he managed to rack up four DUIs in Florida in the first place. Without an all offender ignition interlock law to prevent these drivers from continuing to get behind the wheel of a car, you can’t keep them from driving. And if you can’t keep them from driving, they are free and clear to drive drunk as much as they’d like.

Although there was an attempt at passing an all offender interlock law in Florida this past year, the proposed bill died before it could get the votes it needed to move to the Governor’s desk. You have to wonder why they seem to want to wait for a tragic crash or an increasing number of repeat offenders before they manage to change Florida drunk driving laws to include interlocks for all offenders.