3 Reasons To Consider An Ignition Interlock For Your Teen

You are here: Home / Opinion / 3 Reasons To Consider An Ignition Interlock For Your Teen
August 2, 2016 by Matt Talley 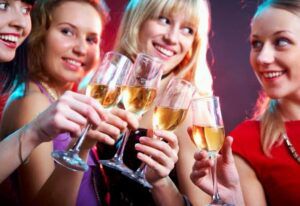 There’s nothing so scary as when a parent hands the car keys to their teen for the first time. There’s so many emotions associated with letting your teen go off and drive, especially considering that there’s a lot of data out there showing that teens are more likely to die in a traffic crash than any other way. That’s why some parents consider putting an ignition interlock on their teen’s car.

Why would you put an ignition interlock, something that stops convicted drunk drivers from driving drunk, on a car your teen drives? Here are three good reasons.

According to the Centers for Disease Control and Prevention, there were 2,163 teens killed in the United States due to motor vehicle crashes in 2013. Although the incidents of teen drinking and driving has been dropping every year, recent data showed that nearly one million teens made the decision to drink and drive in 2011.

You can talk to your teen about the dangers of drinking and driving, but you’ll never be 100% sure when they leave home if they’ll cave to peer pressure. With an ignition interlock on the vehicle, they may decide to drink but they won’t be able to drive.

Summer parties are in full swing

Teens hold a lot of parties in the summer, and if your own son or daughter attends one of these parties, they might decide to drink. If you’ve given them the keys to a car equipped with an ignition interlock, you won’t need to worry about whether or not they’re going to get home safe during summer vacation.

Many teens are heading to college for the first time

For many teens, going away to college is their first real taste of freedom away from mom and dad. There’s a lot a parent worries about, especially when you hear the stories of binge drinking and parties. Since you won’t be there to watch over your teen and stop him or her from drinking and driving, your ignition interlock can do that job for you. It’s one less worry when your child moves away from home to go to school.

A voluntary ignition interlock installation is a quick, easy step you can take to get peace of mind when your teen is out in the world without you. If they blow with alcohol on their breath, the car won’t go, and it’s one of the best ways to keep them safe from traffic crashes.