A Millionaire’s Blood Feud with Florida Court Ends in Defeat

You are here: Home / News / A Millionaire’s Blood Feud with Florida Court Ends in Defeat
March 12, 2018 by Matt Talley 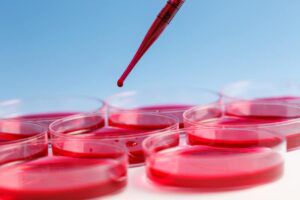 A millionaire who is now in prison for DUI manslaughter recently tried to challenge Florida’s methods of collecting and testing blood for alcohol levels. It did not go well for him.

John Goodman, who was convicted in 2014 for DUI manslaughter, is serving a 16-year prison sentence. His lawyers recently challenged the rule that forced him to give a blood sample after the crash.

The defendant’s attorneys argued that people who were tested had no opportunity to ensure that the blood samples were collected in a reliable way. There are no guidelines for the type of needle that is used, for example.

The argument didn’t wash. The Florida Supreme court found that only medical experts collect blood, and standard laboratory practices are already in place to ensure that testing is accurate.

Breath tests give a good indication of a suspect’s intoxication, but a blood test for alcohol gives a 100 percent accurate and therefore uncontestable result. That is why blood tests are sought after by the prosecution (and the defense, when they are confident that a suspect was not impaired).

Calling the accuracy of blood tests into question might have endangered many cases that rely on them for evidence. But that is not going to happen anytime soon. Blood tests for alcohol levels remain a vital element of DUI prosecutions in Florida and elsewhere.

Previous Post: « What Good Is a Designated Driver Who Drinks?
Next Post: Cops: When Truck Hits House, “The House is Rarely At Fault”