Drive High? Yes, You Can Be Arrested For California Drunk Driving

You are here: Home / General Information / Drive High? Yes, You Can Be Arrested For California Drunk Driving
February 26, 2018 by Editorial Staff 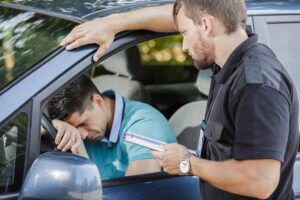 It’s been a big month in California: on January 1st, marijuana became legal for recreational use. While people who enjoy using cannabis are celebrating the legalization, anti-drunk driving advocates are concerned that people don’t understand California drunk driving laws. They’d like to remind everyone that if you drive high, you’ll get a DUI.

To fight back against drugged driving the state has taken a few immediate steps.

If you’re driving on the freeways in California you may have seen new messages broadcasting across the Amber Alert display signs. Certain areas have the message, “Drive high, get a DUI,” scrolling on repeat so drivers are reminded that it might be legal to smoke marijuana, but it’s not legal to drive after you do.

Law enforcement like the LA County Sheriff’s office are online and sharing a hashtag via sites like Facebook and Twitter. The tag #DUIDoesntJustMeanBooze has been shared and retweeted widely, and they’d like drivers to know that any drug, including over the counter medications and prescribed medications, can impaired your driving skills.

California was the sixth state to legalize marijuana. Although the process of legalization may have been relatively easy, it’s not easy to curtail those people who don’t think that driving high is as big of a deal as driving under the influence of alcohol.

Keep in mind throughout this year and beyond that driving high is just as dangerous as driving drunk, and you can be charged with California drunk driving if you are drunk or high. If you’re planning on using marijuana or you’ve taken prescription drugs, you shouldn’t drive at all.

Previous Post: « The Kansas House Passes Some Schizoid Drinking Bills
Next Post: Man Gets DUI on California Freeway – On a Horse »