Drugged Driving Just Might Be The New DUI In California

You are here: Home / General Information / Drugged Driving Just Might Be The New DUI In California
January 4, 2017 by Matt Talley 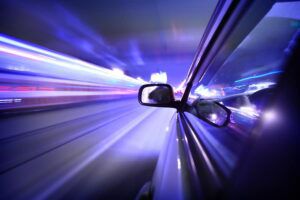 Driving under the influence (DUI) has been a long standing problem in California, but no sooner does the state pass a new ignition interlock law to stop drunk drivers than they have another issue: drugged driving. The recent legalization of marijuana may be the reason police are seeing more stoned drivers on the roads right now, but drugged driving has had the potential to escalate for some time.

That’s why there’s a new ad campaign that launched recently in the state, and the people behind it are calling drugged driving the new DUI. Included in the campaign are television and digital ads that share a few sobering messages: you can get a DUI if you drive after smoking a single joint, DUI doesn’t mean just alcohol anymore, and stoned driving is just as dangerous as drunk driving.

Besides the ad campaign providing the public with knowledge about the potentially lethal mix of drugs and driving, police in California are also sharing their own issues with catching drugged drivers. If you think apprehending drunk drivers is difficult, consider this:

In comparison to drugged drivers, it’s may be easier to arrest drunk drivers. When police pull a suspected drunk driver over they can ask the driver to submit to a breathalyzer test. That breathalyzer will measure the amount of alcohol in their blood stream quickly and easily.

There’s no such test for drugged drivers, and if a police officer suspects someone of drugged driving they may to get a warrant to ask for a blood test before they find out how drugged that person is.

Is California putting too much effort into fighting drugged driving when they’ve only just passed Proposition 64 to legalize marijuana? Not likely. There’s been an on-going problem with drugged drivers for years, and since November there’s been a spike in arrests involving marijuana and alcohol. That spike is sending a strong signal that this is a problem that needs to be stamped out before it grows even bigger.