You are here: Home / News / US Drunk Drivers Still Main Reason People Die On The Roads
November 6, 2017 by Matt Talley 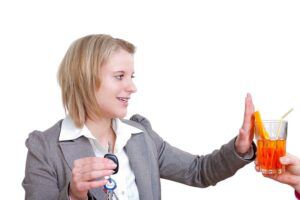 The National Highway Traffic Safety Administration (NHTSA) monitors all traffic crashes that happen on US highways. They need to see which dangerous driving behaviors are contributing the most to traffic-related deaths in the county, and this year they found, once again, that US drunk drivers are still the main reason why people are dying on the roads.

In their latest report NHTSA highlighted the different issues facing drivers on roads this past year.

Think fatal vehicle crashes don’t happen that often? Think again: 37,461 people died because of a vehicle crash in 2016, and that is the highest number of vehicle-related deaths since 2007.

Distracted driving deaths are down

It’s not surprising that drunk driving remains the main cause of fatal vehicle crashes. Alcohol affects your motor skills, hand/eye coordination, and reflexes, and driving a vehicle that weighs several tons while  impaired is a recipe for disaster.

Besides US drunk drivers, other risky behaviors highlighted by NHTSA include speeding, not wearing seat belts, and the fact that people are driving more often than they have before.

Soon every convicted drunk driver may be required to use an ignition interlock, and if they do, NHTSA could finally start to see a significant drop in drunk driving deaths in every state.

Friday Fallout: CA Drunk Driving Arrest Leads To Proposal
Next Post: Makes No Sense: Why Do Parents Driving Drunk With Children Along?