Drugged Driving Up, But Arizona Drunk Drivers Still Come Out On Top

You are here: Home / General Information / Drugged Driving Up, But Arizona Drunk Drivers Still Come Out On Top
October 12, 2017 by Matt Talley 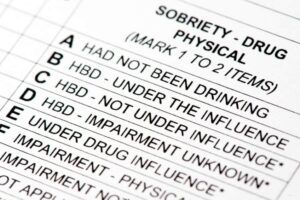 Arizona is one of the few states that have a real handle on their drunk driving problem. Arizona drunk drivers can be charged with many different crimes including DUI, DWI, Extreme DUI, and Super Extreme DUI. Each of these charges come with their own set of penalties, but despite everything, Arizona hasn’t managed to stop all crashes in the state.

There were a few highlights in the data that dealt with both Arizona drunk drivers and drugged drivers:

The report shows that there may be an increased in drugged driving in Arizona, but that doesn’t mean that drugged drivers are taking the place of drunk drivers. According to the Governors Highway Safety Association there were over 26,000 DUI arrests in 2016, and out of those only 5,000 were for drugged driving.

Alcohol is still king in Arizona, but thankfully drunk driving is easier for Arizona police to detect. They have the experience to spot, arrest, and charge their drunk drivers, but with drugged drivers the situation becomes more complex. Like most states, Arizona has hundreds of officers recognized as Drug-Recognition Experts, and until there is a method of detection for drugged driving like a breathalyzer, these officers are there to assess suspected drugged-drivers at any time.

There Were Quite A Few Strange DUIs In September
Next Post: Friday Fallout: California Drunk Driving Crash Caused By LAPD Officer