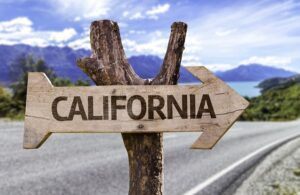 Long before lawmakers voted to bring in a new California ignition interlock law, there was a pilot program running in certain counties. One of those counties, Tulare, was given a spot in that pilot program for one very good reason: out of all counties in California, Tulare has the highest recidivism rate for drunk drivers.

The county’s Probation department has just received a grant worth over $160,000 from the California Office of Traffic Safety. It’s specifically designated to help Tulare County fight back against their repeat drunk drivers by ensuring these offenders will comply with all court orders.

Some of the areas of focus for Tulare County Probation will be:

A hot sheet for police

A hot sheet will be used in Tulare County so all police and traffic officers will know which repeat offenders to look out for and whether or not these drivers already have a suspended license because of a California DUI conviction.

Despite driver’s license suspensions, some drunk drivers will continue to drive. With the grant money they receive, Tulare County probation will assign two full time probation officers to monitor repeat offenders so they comply with their probation terms.

An ignition interlock will test a driver’s blood alcohol level. If that driver has alcohol in his or her system, the vehicle won’t start. In addition to requiring these repeat drunk drivers to comply with the current California ignition interlock pilot program, Tulare County will also perform random drug and alcohol testing.

When Will Lawmakers Pass A Florida Ignition Interlock Bill?
Next Post: Happy Thanksgiving from Guardian Interlock »