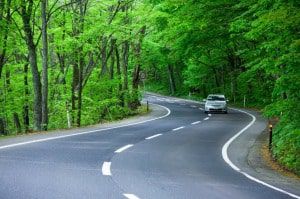 The holidays have come again to Georgia, and along with planning your Thanksgiving dinner and Black Friday deals, you’ll want to take note of a message from the Governor’s Office of Highway Safety (GOHS). They’d like to remind you that people will be on the roads traveling to and from their holiday get-togethers, and to think twice about what you do when you’re behind the wheel.

Law enforcement will be out in full force this holiday season, and there are several key safe driving campaigns running in Georgia this year. If you’re on the road driving to a friend’s house or home to family, watch for roadside stops for seat belt use during the Thanksgiving Click It Or Ticket Campaign. Moving onto impaired drivers, there will be road checks and extra law enforcement making sure the streets are free of impaired drivers during the busy Christmas season with Operation Zero Tolerance.

These campaigns are important because even though Georgia’s driving under the influence (DUI) laws are strict and include jail time, fines, and the possibility of a car breathalyzer for up to one year if you’re approved for a restricted driving permit, the state is still seeing a high number of DUI fatalities.

The holidays are for happy gatherings with friends and family – don’t ruin it by getting an impaired driving charge or causing a crash. The holiday driving campaigns are on now and taking place throughout the state of Georgia, so stay safe by buckling up and never taking a drink before you get behind the wheel.

Victims Stand Up And Ask For Stronger DUI Laws In Kansas
Next Post: Happy Thanksgiving From Guardian Interlock