You are here: Home / News / You Just Don’t Want A Drunk Driving Charge When Your Kids Are Along
September 15, 2017 by Matt Talley 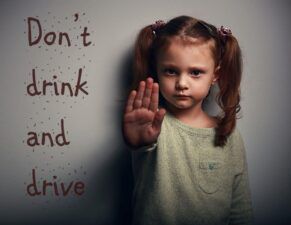 People watch for erratic drivers on the roads, and they pay even more attention if you’re driving erratically and someone spots a child in the back seat of your car. One woman in West Palm Beach, Florida discovered that for herself when a tow truck driver noticed her driving on the road beside him.

Right before she pulled out of traffic she decided to flip the tow truck driver off. He thought she might be driving under the influence and he spotted a set of toddler feet crawling around the back seat of the car, so he gave chase.

As he drove behind her he saw she almost hit a pedestrian and other vehicles. When police arrived and pulled her over, they found she was so drunk she could barely stand up. They also found a small child, unrestrained, in the back of the vehicle.

She was arrested on a drunk driving charge, and she’ll also be charged with child abuse. What would have been good for her to know before she did this was that Florida will enhance DUI penalties for any parent who drinks and drives with a child under the age of 18 in their vehicle. You can receive up to nine months in jail for a first drunk driving arrest, and if you ignore the law and keep driving drunk with your kids, you could spend a year or more in jail.

Anyone who puts the keys in the car after drinking is making the wrong choice, and just like this parent discovered,  there are sober drivers on the roads that are watching.