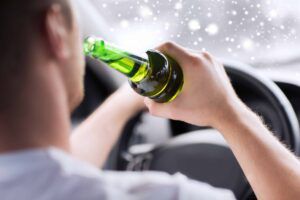 Are there finally going to be ignition interlocks in Florida? Yes, the state currently has an ignition interlock law on the books, but given the amount of drunk drivers on the roads it’s surprising that Florida hasn’t got on board with all offender law yet.

That might soon change now that a Florida lawmaker has proposed a bill that would require all offenders use ignition interlocks in Florida. The bill, House Bill 949, would require anyone convicted of drunk driving in Florida to install the device, and this would replace the current law that only requires first offenders with a blood alcohol content (BAC) of .15 or higher to install.

There are quite a few reasons why Florida would want ignition interlocks for all offenders. Drunk drivers who are only required to lose their driver’s license will often drive on that suspended license anyway, and if they drive on that suspended license, they could decide to drive drunk again. But with an ignition interlock on their vehicle, these offenders won’t be able to move their car if they’ve been drinking.

Another reason why Mothers Against Drunk Driving (MADD) and state lawmakers advocate for ignition interlocks is because of the amount of alcohol-related crashes on the roads. All you have to do is watch the news to see that Florida has more than their fair share of these drunk driving crashes, and the National Highway Safety Administration reported that 797 people died in Florida in 2015 thanks to drunk drivers.

If lawmakers pass this bill into law and the state requires all offender ignition interlocks in Florida, it will be join 29 other states in drastically reducing number of drunk drivers on the roads. With so many states on board that could mean, in the not so distant future, every state in the USA passes an all offender ignition interlock law, and that would be great news for everyone.

You Might Want To Skip The Cartwheels During Your Field Sobriety Test
Next Post: Alcohol Related Crashes In Florida Aren’t Stopping Without Interlocks