Memories Of Childhood Shouldn’t Include A Drunk Driving Charge

You are here: Home / News / Memories Of Childhood Shouldn’t Include A Drunk Driving Charge
June 22, 2017 by Matt Talley 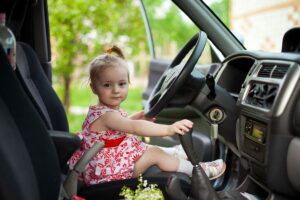 What do you want your kids to remember about their childhood? Family vacations, sporting events, much-loved pets, and a…drunk driving charge? It happens all too often: a parent will make the decision to drink and drive, get caught, and have to explain to his or her children what happened and why they made that irresponsible choice.

It’s not a great childhood memory for any kid, and it’s even worse if what you remember is your parent asking you to help them get out of a potential drunk driving charge by making you blow into their ignition interlock.

The man was originally pulled over for speeding, but when they stopped him they suspected drunk driving. Police asked him to perform field sobriety tests and he failed, so they booked him for OWI (operating while impaired). Police also noted that he had an ignition interlock in the car, and when asked how he started the car, the consensus was that the teenage son blew into it for him.

Having your child along when you receive yet another drunk driving charge isn’t a shining moment in anyone’s parental journey, but it’s even worse because this man asked his child to help him participate in breaking the law by blowing into the ignition interlock.

Ignition interlocks work because they stop drunk drivers, but they can’t stop a driver who’s getting someone else to help them drive drunk. As far as childhood memories go, this one won’t go down in the positive column, so don’t make the same mistake with your own children. If you drink, don’t drive.