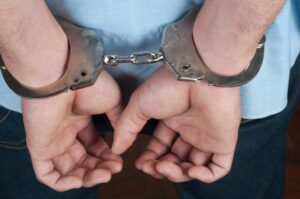 But that’s what happened in Houston, Texas recently when Alejandro Fernandez spotted a car that was being driven erratically on the roads. He was with his family at the time, so someone pulled out a camera and started filming the driver of the other car.

You can watch the video and see how they trailed the suspect, following him into a parking lot and waiting for him to pull over. Obviously the driver realized he was in trouble and, wanting to avoid a drunk driving arrest, attempted to pull his car out of the parking lot. That’s when Fernandez and another man pried open the door and pulled him out of the car.

While holding the suspect, Fernandez performed a citizen’s drunk driving arrest and waited with him for police to arrive. How does a citizen arrest work? According to Texas laws, anyone can arrest another private citizen without a warrant if they have committed an offense within their view and the offense is a felony or against the public peace.

In this case Fernandez knew that the parking lot was full of parents and their children, so he had to make the arrest to stop the man from driving again. That’s a smart decision, especially considering there are many drunk drivers on the roads who aren’t stopped until the crash and kill someone.

All’s well that ends well with this drunk driving arrest, and although police do rely on citizen’s help to stop drunk drivers, they’d much rather you pull over if you need to, safely call 911 to report that driver, and wait for police arrive. That way you’ll have helped apprehend a drunk driver, but you won’t get hurt yourself.