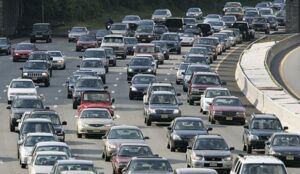 There’s a lot of good and bad about Florida. On the plus side, the state has sunshine almost every day, tropical beaches, and enough entertainment to keep you busy for years. On the negative side, it’s been confirmed, to no one’s surprise, that Florida has some of the worst drivers in the United States.

A study by the website SmartAsset took a look at how often people Google terms like “traffic tickets”, a state’s drunk driving arrests, drivers who drive without insurance, and traffic deaths. It tallied all of this data and came up a list of the worst drivers and worst states to drive in, and Florida was at the top of the list.

Out of all of the categories Florida had the second lowest number of drivers with insurance on their vehicles and the most amount of Google searches for the keywords “speeding tickets” or “traffic tickets.”

According to SmartAsset, Florida also has 4.45 drunk drivers per 1,000 people, but that wasn’t the worst out of all of the states. Vermont actually ranks higher with 50.86 per 1,000 drunk drivers.

Just because Florida came in lower than Vermont doesn’t mean it isn’t over run with drunk drivers. This is the state where a grandmother was arrested while drunk driving in her bikini and golf cart DUI is a serious problem. Although the state has tried to pull drunk drivers off the roads with stiff fines, long-term driver’s license suspensions, and ignition interlocks for first offenders over .15 and repeat offenders, police are still seeing a huge number of drunk drivers.

In most cases it’s good to be number one, but not in this case. Having the worst drivers in the entire country is nothing to be proud of, but there is good news here. Once you hit bottom, there’s no where to go but up. Hopefully lawmakers in Florida take this as a sign to make some serious improvements.