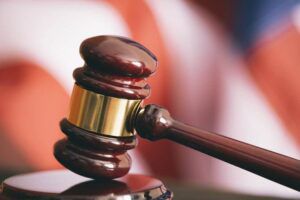 Think a driving under the influence (DUI) conviction can’t haunt you for life? Think again—one man in Grand Forks, North Dakota can tell you otherwise. Now that he’s been charged for a DUI from 1995, he’s finally finding out what it’s like to be held responsible for drinking and driving.

On March 13th, 1995 Jason William Gale was arrested for driving under the influence after driving in a bike lane and swerving on the road. The officer who stopped him administered 4 field sobriety tests which he did not do well on, and once he was taken into custody he was given a breathalyzer.

Gale hired an attorney who filed paperwork, assured him the case was closed, and life went on. He thought the DUI charge was dealt with, so he moved around and did various jobs before he found out after a background check that he had an arrest warrant outstanding.

When he hired another lawyer to deal with the matter, he was surprised to learn that he was going to be tried for misdemeanor DUI in North Dakota. During the trial the prosecution highlighted the incidents that took place in 1995, while the defense argued that a lot of details were inadmissible or forgotten over time.

At the end of the trial, Gale was found guilty of driving under the influence and issued a $500 fine with no jail time or probation. He also must submit to a chemical dependency evaluation. The defense has said an appeal is pending.

Gale is fortunate he wasn’t held to 2015 standards for his DUI. If he was, he’d be looking at least 2 days in jail if his blood alcohol concentration (BAC) was over 0.16, a $500 fine, and a 91 day driver’s license suspension. The judge may also order an ignition interlock device for a first offender.

Gale got off relatively easy, but North Dakota drivers who decide to drink before they get behind the wheel do not. Your best bet for not having a DUI conviction haunt you for the rest of your life is to never drink and drive.

Want To Avoid A BUI? Don’t Drink And Boat
Next Post: Want To See What It’s Like To Drive Drunk?