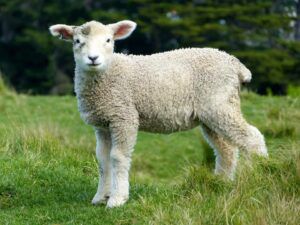 Usually the victims of drunk driving crashes are people, and more often than not those people are in another vehicle that’s crashed into by a drunk driver. But every so often you hear about a drunk driving crash of another kind: the kind where it’s not humans who are the innocent victims.

That’s the reason a woman in Colorado is in hot water right now. She’s been arrested on suspicion of drunk driving after she crashed her vehicle into a flock of sheep on a rural Colorado road. She managed to kill 42 sheep before she fled the scene, but because she left her license plate at the site of the crash, police found her shortly after and charged her with DUI, leaving the scene of an accident where property damage occurred, and not providing proof of insurance.

A flock of sheep may have been her innocent victims, but the woman who hit the flock and ran is facing some stiff charges. Because Colorado is one of the many states cracking down on first time offenders, she can be charged with driving under the influence (DUI) if she has a .08 or higher blood alcohol concentration or driving while ability impaired (DWAI) if she has a BAC of .05 to but less than .08. Either conviction could result in jail time for a first offender: a DUI will net an offender up to one year in prison while someone charged with DWAI will spend up to 180 days. With either charge she’ll also pay fines and lose her drivers license.

Colorado doesn’t have an ignition interlock law for first time offenders, so if she’s never received a DUI charge before, odds are she’ll be back behind the wheel of a car within the year. At that point, what’s stopping her from causing another drunk driving crash? Maybe next time she won’t hit an innocent flock of sheep: next it could be a group of people.