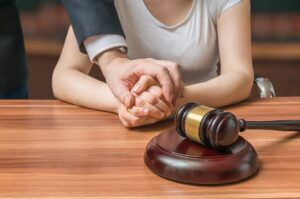 No matter where you live, if you drink and drive and you’re caught, you’ll have to pay the price. Fortunately for some offenders, there are drunk driving penalties available in some states that are designed to help you stay on the road while still preventing you from re-offending.

One new option for Georgia-based offenders will do exactly that. As of July 1st, anyone who has been charged with drunk driving in Georgia and who has received an administrative license suspension (ALS) might be able to receive a new driver’s license called the Ignition Interlock Device Limited Permit.

The permit will only be issued as part of an offenders drunk driving penalties if that person waives his or her right to an administrative hearing and if they install an ignition interlock in their vehicles. There are also a few conditions they need to meet including:

Once the driver has installed the ignition interlock, he or she will be required to use it for a period of time that’s determined by whether or not the driver refused to submit to blood, breath, or urine testing when he or she was arrested for drunk driving. If he or she submitted to a breathalyzer test, they will drive with an ignition interlock for 4 months. If that person refused the breathalyzer, they will need to use the interlock for 12 months.

An ignition interlock is definitely one of the best drunk driving penalties for any offender, because it keeps that person on the road while still ensuring they don’t drive under the influence. You can’t beat an option like that, especially after you’ve made the decision to drink and drive.