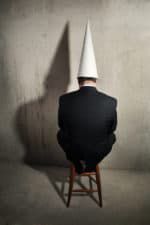 Police catch Florida drunk drivers all the time. Anyone who is inclined to get behind the wheel drunk has a strong likelihood of getting caught as soon as they hit the open road, and if police don’t stop these people, other drivers may call them in too.

There’s also the possibility that the drunk driver will call himself in. Or, at least, that’s what happened on New Year’s Eve in Winter Haven, Florida. It’s hard to believe, but this drunk driver decided to pick up the phone and call the police dispatch when he couldn’t figure out where he was.

The audio recording was shared on the Winter Haven Police Department’s Facebook page. The drunk driver said that he was driving but was too drunk and didn’t know where he was. He said he was driving a red truck, and while the dispatcher directed him to pull over to the side of the road, he said he’s parked near the police department but so far, nothing was happening.

It’s strange enough that he called and that he pulled over and was waiting for the police, but as he waited he changed his mind and told the dispatcher, ‘I think I am going to get something to eat, they can just catch up with me later.’

Long story short, he tried to leave his location but the dispatcher managed to zero in on him and police arrived. They found him on the wrong side of the road, without a seat belt, and with previous convictions for Florida DUI as well as drug charges.

In this case the police department was happy no one was hurt, and if you follow their Facebook page, you can tell they thought it was pretty funny. That’s understandable, because most Florida DUI arrests don’t end that way.

Previous Post: « What’s The Difference Between A Texas DUI And A Texas DWI?
Next Post: Underage Drinking So Intense, The Air At The Party Registered On Breathalyzer »