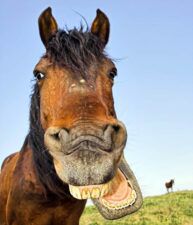 It seems as if people getting arrested for drunk driving in Florida are always taking the top spots in local news, but some Florida DUI arrests are definitely stranger than others.

Take one Florida DUI arrest that happened recently. A woman from Polk City was heading down the highway when multiple people began calling her in for drunk driving. She wasn’t swerving in and out of her lane or slamming on her brakes behind these cars, so why was she reported?

It turns out this drunk driver was riding a horse down the highway at the time of her arrest. The people who called her in said she appeared drunk, confused, and either she, the horse, or both were possibly in danger.

When police arrived they found her riding the horse on the busy road, and they asked her to dismount for a field sobriety test. They also asked her to submit to a breathalyzer test, and when she did she registered a blood alcohol concentration (BAC) of .161.

Most people charged with a Florida DUI have a BAC over .08, so she was definitely over the legal limit. Just like in many other states, a horse is also considered a mode of transport.

This drunk driver has now been charged with DUI and animal neglect.  The horse was taken to a local shelter and the driver was taken to jail. It’s not clear whether she’s a repeat offender, but if she is and she’s convicted on her Florida DUI charge she could spend time in jail, pay stiff fines, and possibly be required to install an ignition interlock in any vehicle she drives.

No matter where you live or what you drive, your best bet to avoid strange and dangerous situations like these is to drive sober, and that includes when you’re out on your horse.