Texas Driver Arrested For Drunk Driving After She Calls Herself In

You are here: Home / News / Texas Driver Arrested For Drunk Driving After She Calls Herself In
May 30, 2017 by Matt Talley 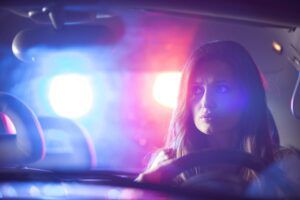 Lately Texas is giving Florida a run for its money. The number of drunk drivers in the state has resulted in quite a few odd situations on the roads, and one that happened recently tops them all.

Judging from the odd list of offenders who have been arrested in crazy situations over the past few years, drunk driving issues in Texas aren’t going away anytime soon. Take the girl who was drunk driving and decided to Snap Chat a topless photo to her boyfriend. Or the young girl who was arrested for driving while intoxicated (DWI), lost her driver’s license, and decided she was going to commute to classes in a pink Barbie car. There’s also the man who got his young son to drive the vehicle because he knew if he was stopped for drunk driving a third time, he’d be charged with a felony.

It’s strange to call yourself in for drunk driving, but at the very least this driver wasn’t stopped while driving her car or, even worse, after she crashed and killed someone. In Texas, just like in other high volume drunk driver states like Florida, it happens all too often.