How Does A Sleeping Man Get Charged With A Connecticut DUI?

You are here: Home / News / How Does A Sleeping Man Get Charged With A Connecticut DUI?
December 4, 2017 by Matt Talley 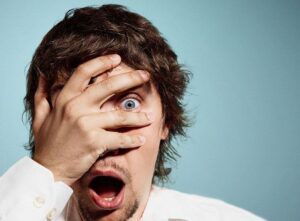 Not everyone who’s about to be charged for a Connecticut DUI makes the decision to flee the scene, but one man in Manchester didn’t just flee, he took it one step further.

The man was driving with his car alarm sounding, and he caught the attention of the police when he was speeding through an intersection. The officer thought he might be driving a stolen car, and when he attempted to stop the vehicle the suspected drunk driver drove over some grass, hit a fence, and ran off.

When police approached the vehicle, no one was inside. They searched the area and found the driver, but he ran inside his home. Police located him again and found him, much to their surprise, hiding under the covers of his bed. When they asked him what he was doing, he said he was just sleeping.

Turns out, the “sleeping offender” was actually drunk. He ran away from police because he didn’t want to get caught driving drunk. Another surprising twist to the story? He had a ignition interlock in his vehicle, and the alarm the police heard blaring was going off because he failed to blow into the device when required to.

He failed field sobriety tests, refused to submit to a breathalyzer, and was charged with a Connecticut DUI. Considering he had an ignition interlock in his car, this probably wasn’t his first DUI either.

The moral of this story: when you’re being chased by police, no one is going to buy that you were just sleeping. And if you have an ignition interlock in your car, you fail to provide a breath sample, and your interlock alarm goes off, someone is definitely going to notice.