You are here: Home / News / Crash Shows Why Florida Needs An All Offender Ignition Interlock Law
February 21, 2017 by Matt Talley 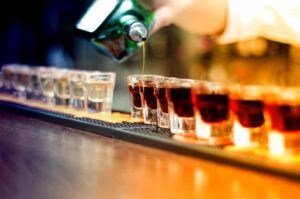 When you look at Florida’s repeat offender problem, it’s really hard to understand why the state hasn’t passed an all offender ignition interlock law. The states who have passed all offender laws have seen a significant decrease in drunk driving arrests, and that’s all due to the fact that the device prevents the offender from starting the car drunk. It saves lives, because if the car won’t start, they can’t crash and injure or kill someone.

Florida has seen more than its fair share tragic drunk driving crashes. Just a few weeks ago a man was arrested on charges of driving under the influence (DUI) manslaughter after he was responsible for a crash that killed a three year old boy and injured several other children.

It’s all too common for a drunk driver to collide with another vehicle in the middle of an intersection, and that’s exactly what happened in Hillsborough County. The drunk driver also had his own children in the vehicle when he crossed into the path of the other family’s vehicle. A three year old died at the scene, and his siblings were also injured.

There’s no question that it’s even more difficult to hear about a drunk driving crash involving children, and understanding why it happened isn’t easier when you realize that this driver should have been stopped in the first place. That’s the main reason why so many states advocate for ignition interlocks, and it’s why Mothers Against Drunk Driving (MADD) has shared their own support for interlocks via a report detailing exactly how many drunk drivers have been stopped by them.

Yes, there are always the repeat offenders who won’t install the device when they are directed to, and there are offenders who will drive on a suspended driver’s license or ask someone else to blow into their interlock so they can drive drunk, but when they are installed as mandated they stop a drunk driver from ever getting out of the driveway.

Given that success rate and crashes like these, you really have to wonder why Florida continues to say no to an all offender ignition interlock law.