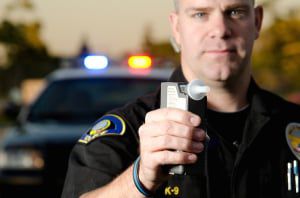 When you’re in the middle of working through the penalties of a driving under the influence (DUI) conviction, it can be hard to see the light at the end of the tunnel. Your bank account is lighter due to high fines, you have lost your driver’s license, and you may have even had to spend a few days in jail. It can be overwhelming and easy to lose perspective.

But there’s one part of your DUI conviction that may fall under penalty but can be actually be seen as a privilege – after having your license suspended due to drinking and driving, having an ignition interlock and a limited driving permit can give you back the privilege to drive on the roads again.

For law enforcement, handing back a drivers license, however limited or restricted, is a risk they take after someone makes the choice to drink and drive. Allowing the driver to have an ignition interlock device ensures they get behind the wheel sober each and every time they drive, and that means the person convicted of DUI can drive to work, to school, or to doctor’s appointments if they need to. They won’t need to rely on others or the bus to get them where they need to go.

According to Mothers Against Drunk Driving (MADD), the ignition interlock reduces the likelihood that a drunk driver will drive under the influence again by 67%. Even if the driver feels like taking the risk again, having the interlock device in his or her vehicle will make them think twice.

Without the interlock device, the person with the DUI conviction wouldn’t be driving at all. If you look at it that way, the interlock device really is more of a privilege than a penalty – a way to get your life back after the choice to drink and drive.

Interlock Device Installation Explained In Less Than One Minute
Next Post: Pocket Breathalyzers – Are They Accurate?