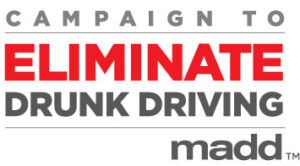 When Mothers Against Drunk Driving (MADD) stood up in support of ignition interlocks and made them a main part of their Campaign to Eliminate Drunk Driving, their goal was to ensure that every state in the USA had a law that would require every offender to install the device in any vehicle he or she drives.

That campaign began back in 2006, and now ten years later it’s clear that MADD is starting to gain ground on their goal. Twenty nine states will soon have new ignition interlock laws, with several jumping on board in the last few months of 2016.

Here’s a look back at a few changes this past year in the world of ignition interlocks.

When Officer Noah Leotta was struck and killed while working a drunk driving checkpoint in Maryland, his death set off a chain of events that culminated with the passing of Noah’s Law. Also known as the Drunk Driving Reduction Act of 2016, Noah’s Law requires anyone convicted of drunk driving in Maryland to install an ignition interlock in their vehicle.

Noah’s Law took effect on October 1st, 2016, and officials believe that the number of ignition interlocks used in Maryland will jump from 7,000 to 17,000 within a few years.

As of January 1st, 2019, all convicted repeat offenders and first offenders who cause injury in a drunk driving crash will be required to install an interlock. If you’re a first offender you’ll have the option of installing an interlock or applying for a route-restricted driver’s license.

California has some work to do before they can be considered an all offender ignition interlock state.

It’s not official until the Governor’s signature is on the paperwork, but Annie’s Law has now passed the Ohio Senate. That means that all drunk driving offenders in the state of Ohio will be required to install an ignition interlock upon conviction. When signed, Ohio will be the 29th state with an all offender interlock law.

Those are just three of the developments this past year in the world of ignition interlocks. Maybe by the end of 2017, eleven years after MADD launched the Campaign to Eliminate Drunk Driving, the USA will be nearing the 50 state mark for all offender laws.

If You See A SnapChat Drunk Driver, What Should You Do?
Next Post: Is It Time For An Ignition Interlock Overhaul Iowa?