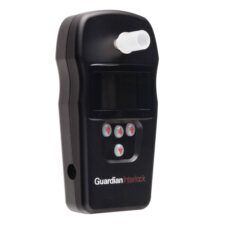 When a state begins the process of passing an all offender ignition interlock law, it’s almost always guaranteed there will be road blocks. In order to get the most support for the law before it goes for a vote, groups like Mothers Against Drunk Driving (MADD) will make a show of support by sharing victim impact stories and statistical data to demonstrate just why that law is needed.

MADD Maryland came out for the Maryland all offender ignition interlock law by supporting Officer Noah Leotta’s family, and the state finally passed Noah’s law not long after. Now MADD Massachusetts is front and center as lawmakers attempt to pass a new bill requiring interlock devices for anyone who is arrested for drunk driving.

Massachusetts is one of two states that does not have an interlock law for their first time operating under the influence (OUI) offenders. That means any first time drunk driver can choose to wait out his or her suspension or ignore it altogether and continue to drive after an OUI conviction. These drivers are only required to use the device in Massachusetts if they are arrested two or more times.

To support the bill MADD Massachusetts has made their voice heard by testifying at the State House. They’ve shared data that indicates that ignition interlocks have stopped, in the past ten years, over 38,000 attempts to drive drunk in the state. That data is only for repeat offenders, so it’s easy to imagine how many first-time offenders would be stopped by these devices if they decide to drink and drive again.

Along with MADD Massachusetts, several victims of drunk driving in the state have shared their experiences. Although the bill is currently still up for debate, it’s the hopes of everyone supporting it that Massachusetts lawmakers will make the right decision and pass this much-needed all offender ignition interlock law.