Gold Stars All Around For Three States Fighting Drunk Driving

You are here: Home / General Information / Gold Stars All Around For Three States Fighting Drunk Driving
December 7, 2016 by Matt Talley 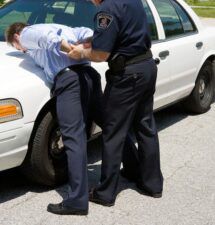 In their quest to end drunk driving, Mothers Against Drunk Driving (MADD) has handed out a few gold stars along the way; stars that are given to states who are just as serious as they are about putting an end to drunk driving as MADD is.

They rank the states on a five star system, and those stars are given out if the state meets criteria including all offender ignition interlock laws, whether the state uses sobriety checkpoints, and whether they penalize drivers who refuse to submit to a breathalyzer.

Out of the states and the District of Columbia, three are at the top of MADD’s list for states who are the best at cracking down on drunk driving.

Mississippi made huge leaps in the fight against drunk driving when, back in 2015, it became the 22nd state to pass an all-offender ignition interlock law. If you’re a first offender in the state you’ll receive up to two days jail time, $1,000 in fines, and you’ll have to install an ignition interlock after your ninety day to one year driver’s license suspension.

The biggest news in Maryland drunk driving law this past year was the passing of Noah’s Law. Named for Noah Leotta, a Maryland police officer who was killed when a drunk driver crashed into him at a sobriety checkpoint, it requires ignition interlocks for all offenders.

Nebraska made MADD’s top three states with four stars, and there are a lot of reasons why. They have no-refusal laws that require any person refusing a breathalyzer to install an ignition interlock, they have a child endangerment drunk driving provision, and they also have an ignition interlock law on record.

These three states serve stand as a great example to other one and a half or two star states on MADD’s list, and it just goes to show everyone that big changes like all offender ignition interlock laws and small changes like adding sobriety checkpoints can add up to a big difference when it comes to fighting drunk driving.