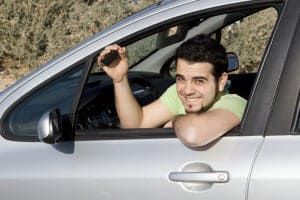 If you’ve ever heard the saying, ‘crazy women drivers,’ you know there’s a bias against the female gender and their driving skills. Although this is a common perception, the actual facts on female driving don’t back up the statement. Recent data published by the National Institute for Highway Safety shows that male drivers are actually more dangerous behind the wheel the women.

According to compiled statistics from the U.S. Department of Transportation Fatality Analysis Reporting System (FARS), men die in motor vehicle crashes more often than women. In 2012, 23,808 men died in motor vehicle crashes in the United States while 9,733 women perished. That means that men make up 71% of total crash fatalities, and men were also behind the wheel of the vehicle involved in the crash 71% of the time.

One of the reasons why men may die more often than women in motor vehicle crashes is because they typically engage in risky behavior. Men are less likely to use safety devices like seat belts, they’re more likely to engage in speeding, and they’re also more likely to drive while under the influence (DUI). Take data from the state of California as an example – in 2010 alone, over 77% of those arrested for DUI were male.

It could be that male drivers just start off on the wrong foot when it comes to driving. Male teen drivers are also among the riskiest group of drivers in the United States, and because they lack driving experience and skill, participate in risky driving behaviors, and have an overall perception of low risk while driving, they may be much more likely to continue these behaviors as they get older.

With so many male focused crashes occurring every day in the US, it might be time to create a campaign that focuses specifically on male drivers. Maybe with a little extra awareness, crashes will be reduced and thousands of lives will be saved.

Previous Post: « Marijuana Breathalyzer May Hit Market Later This Year
Next Post: Here’s Why You Shouldn’t Try To Fool Your Ignition Interlock »