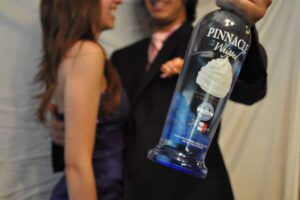 Underage drinking is huge problem in high schools, and it’s why you see some high school administrators put their foot down and request breathalyzer tests at proms or dances. It’s also a big problem in teen homes, because parents can sometimes think if they let their kids drink at home with friends, they’re safer than if they were to go out.

One principal in Maryland doesn’t believe underage drinking should happen at school or at home, and after a local school lost two students to a drunk driving crash in 2015, she decided she needed to penalize students who drink at school functions. Unfortunately the school superintendent isn’t on board with this administrator’s penalty.

Bethesda-Chevy Chase High School in Bethesda, Maryland sent out a stern warning to students before prom: if anyone was caught drinking alcohol or doing drugs, they wouldn’t be able to participate in graduation activities. Apparently some students didn’t listen, because six students, including seniors, were drunk at the event.

Despite the fact that some parents were in support of the discipline, the head of the Montgomery County School district decided to overrule the principal. He reversed the graduation ban and stated in a letter to parents that he decided graduating seniors would be allowed to walk across the stage and receive their diploma.

Although the Bethesda-Chevy Chase penalty didn’t stick, other nearby schools have prevented students from enjoying graduation.  The principal at nearby Walt Whitman high school is barring one student from the stage for graduation because that student drank at prom, and he also sent out a letter to parents before Halloween because he heard parents were hosting underage drinking parties. He wanted them to understand that letting your teen drink at home won’t stop them from drinking and driving. He also reminded them that if you do provide alcohol to teens and you’re caught, you could receive a $2,500 fine.

Maryland high schools may not be the only schools in the nation who are having underage drinking problems, but they are definitely stepping up and addressing it head. Because of that, they’re setting a great example for other high schools to follow.

Rachel’s reminder A Good Reminder For Teen Drunk Drivers
Next Post: This Video Is An Underage Drinking Eye Opener