Parenting Fail: Mom Charged With DWI With Child In Back Seat

You are here: Home / News / Parenting Fail: Mom Charged With DWI With Child In Back Seat
January 11, 2018 by Matt Talley 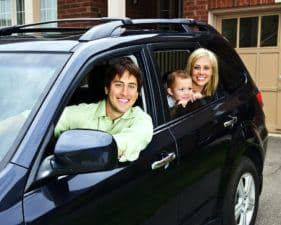 No one should ever drink and drive, but if you’re determined to do so, the least you can do is leave your children at home. This is a message that most parents should easily understand, but you’d be amazed at how many decide that getting charged with DWI is not a big deal with or without their kids along. One Santa Fe, New Mexico mother was just charged with DWI for a second time after she crashed her van. That’s bad enough, but she had a young child along with her too.

Police arrived on the scene of a crash after someone reported a driver who drove into a parking lot barrier at a MacDonald’s restaurant. When they arrived they found a woman in her underwear lying across the seats and there was blood splattered everywhere. The van windows were rolled down and it was below freezing, and an open container of alcohol lay on the floor. There was also a child strapped into a car seat in the back.

That paints a pretty grisly image, so it’s hard to understand why this offender wasn’t happy for the help when police showed up. When paramedics cleaned her up she yelled at police officers, and they had to obtain a warrant to do a blood draw. She was arrested, charged with DWI, and also received a third-degree felony count of child abuse. Her child has been placed with relatives, and she’s going to face the consequences of her second DWI arrest.

In New Mexico that means stiff penalties. She could spend up to one year in jail, pay up to $1,000 in fines, and attend an alcohol evaluation. She’ll also lose her driver’s license for two years, and she’ll be required to drive with an ignition interlock for two years.

The penalties for her DWI in New Mexico might be hard for her to deal with, but what’s much harder to process is that she put a child in grave danger. It’s a good lesson for any parent who has wondered whether or not to drink and drive the kids home. Putting your child in the car with you after you’ve been drinking is never a good idea.