Just Say No To Mixing Nyquil, Alcohol, And Driving

You are here: Home / Offbeat / Just Say No To Mixing Nyquil, Alcohol, And Driving
July 27, 2017 by Matt Talley 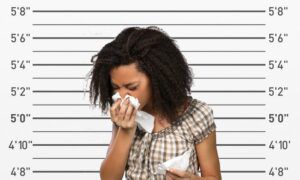 Florida is a place where people get into a lot of trouble thanks to drunk driving, and because of that, Florida police really have seen it all. From the periscoped her drunk drive to the numerous people arrested for DUI on a golf cart, it’s a place where some drivers don’t seem to understand that alcohol and driving don’t mix.

There are also drivers who don’t seem to be concerned when they mix alcohol and driving and they take their children along for the ride. One driver, a woman from Greenacres, is now facing charges for DUI and child neglect after she decided to bring her kids with her when she after drinking alcohol and Nyquil.

The driver was heading down a road with a passenger who was hanging out the window yelling at pedestrians. When police pulled her over they found two toddlers who weren’t buckled into their car seats in the back of the vehicle, and the driver had several small bottles of wine with her.

She also had a bottle of Nyquil, a common cold medication, and half the bottle was gone. That bottle actually contains 10% alcohol, and although most people realize that mixing alcohol and driving will get you arrested, mixing alcohol and Nyquil can render you even more incapacitated. Driving after drinking the two is not a great idea.

Although it wasn’t clear if she was a repeat offender in Florida, it’s clear that she’s got a long list of penalties ahead of her. Just for the drunk driving charge she’ll receive fines, a driver’s license suspension, and may be required to install an ignition interlock to prevent her from drinking alcohol and driving.

The biggest mistake this driver made was drinking what she did and then putting the keys in the ignition, especially with her kids in the back seat of the car. This case is another Florida example of the many different types of dangerous drivers on the roads and what can happen when you mix alcohol and driving.