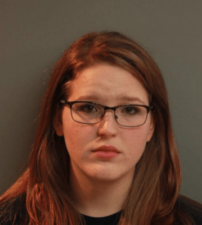 Broadcast yourself: since YouTube came to be, that seems to be the mantra for millions of people. After YouTube app developers have created more ways to share live stream video of yourself from anywhere you are, and the popularity of Instagram, SnapChat, and Periscope is only increasing every month. There’s live feeds of everything from celebrities to gamers, and now thanks to one girl with a smart phone and the Periscope app, we’ve got a documented live stream of someone driving under the influence (DUI) in Florida.

There’s so much wrong with this video it’s hard to know where to start, but it ends with a 23 year old arrested for DUI and most likely distracted driving after a live stream from Periscope highlights her getting lost, crashing into a sign, and detailing how drunk she is. A warning for viewers: there is graphic language in both the audio and the comments.
[youtube http://www.youtube.com/watch?v=kHR-PKfPg0c]

Although the driver really hoped “I don’t get a DUI,” she was pulled over by police after numerous 911 calls. The officer who finally apprehended her installed the Periscope app on their own phones to track her down, and when they signaled her to pull over, she hit the curb.

Once stopped, the officer indicated that she smelt like alcohol, had bloodshot, glassy eyes, and failed a sobriety test. She refused a breathalyzer test and was booked into jail on suspicion of driving under the influence (DUI).

She’s since been released on $500 bond, but according to Florida DUI laws, she’s facing her fair share of penalties. A first offender in Florida will receive 6 to 9 months in prison, up to $2000 in fines, 180 days up to 1-year drivers license suspension, and a mandatory ignition interlock on any vehicle he or she drives. In this case, she’ll most likely also have to pay for the damage to the sign she hit.

Now that the dust has settled, the driver acknowledges that she made a ‘big mistake,’ and it’s a mistake she’ll be paying the price for a long time.