When Parents Are Caught Driving Drunk With Kids In the Car

You are here: Home / News / When Parents Are Caught Driving Drunk With Kids In the Car
June 23, 2015 by Matt Talley 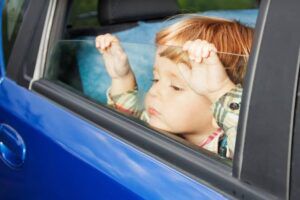 It’s scary when someone decides to drink and drive. Not only are they taking their own life into their hands, they are risking the lives of anyone who is out on or near the roads too. What’s even scarier is when someone decides to take innocent passengers along for the ride after they’ve been drinking, and drinking and driving with kids in the car happens so frequently most states have added extra charges if you’re caught.

One woman in Brevard County, Florida was just charged with driving under the influence (DUI) and child neglect after she was stopped for DUI with two of her young relatives in the back seat of her car. She had been driving erratically on the causeway, was weaving in and out of traffic, and almost hit guardrails and other cars.

The only reason she was stopped so quickly was because someone witnessed her erratic driving and started following her. That person called the police and continued to follow her until they apprehended her, and when stopped she said she had one drink and was taking prescription mediation.

In Florida, if you’re stopped driving under the influence with children in the vehicle, it’s considered aggravated DUI. Depending on the circumstance that usually means there are stiffer penalties than the norm for that charge. Having a child in the vehicle could mean her fines will double, she may receive up to one year in jail, she’ll lose her license, and when she does receive a conditional license or her driver’s license back, she could be required to install an ignition interlock.

Florida law also states that in extreme circumstances you can be charged with child neglect, and that’s exactly what happened in this case. In addition to the DUI charge, she could possibly be up for a felony charge for child neglect.

Drinking and driving is never a good idea, but drinking and driving with a child in the vehicle is even more irresponsible. Parents and caretakers are supposed to protect their children, so make sure you hand over your car keys to someone else if you’ve been drinking.

3 Technologies To Help Prevent Teen Crashes
Next Post: Life After A DUI In Florida