Makes No Sense: Why Do Parents Driving Drunk With Children Along?

You are here: Home / General Information / Makes No Sense: Why Do Parents Driving Drunk With Children Along?
November 7, 2017 by Matt Talley 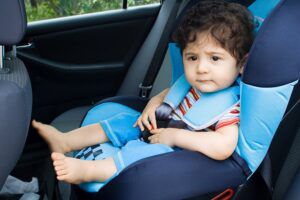 Unless you’ve been living off the grid, you should know by now that driving after drinking alcohol is dangerous, illegal, and could possibly kill you or someone else. Why, then, are parents still driving drunk with children along?

There have been more than a few cases recently that involve parents driving drunk with children in the vehicle, and they will make you wonder what that parent was thinking.

It’s hard to believe anyone would do anything to endanger an infant, but when you take a baby along with you in your car while you’re drunk, you are putting that baby’s life in jeopardy.

That’s exactly what a mom in El Paso, Texas did recently. She took her four-month-old infant with her, and while driving at one am, was unable to remain in her lane. Thankfully police pulled her over before anyone was hurt, and now she’s facing a DWI with a child passenger charge.

In Texas that charge may be a state felony, and the penalties for it include a $10,000 fine, two years in prison, and the loss of a driver’s license for six months.

Illinois woman charged after she drives impaired with five-year-old

A Naperville, Illinois woman was arrested on a DUI charge after she was stopped for driving erratically. That’s bad enough, but she also had a five year old in the back seat of the vehicle and the child wasn’t in a car seat.

She was called in by a concerned driver, and when police arrived they found she was driving under the influence and had a suspended license. She’s also been charged with endangering the life of a child and received a car seat violation.

In Illinois, endangering the life of a child because of a DUI charge will mean that the defendant receives stiff penalties. She may serve six months in prison, and if that child would have been harmed in any way because she was driving drunk, she could spend one to three years in prison and pay a maximum of $25,000 in fines.

When will parents learn that drunk driving with children along is a bad idea for everyone? The parents end up in hot water, and the children have the potential to be injured or killed. It really is a no win situation for everyone involved.