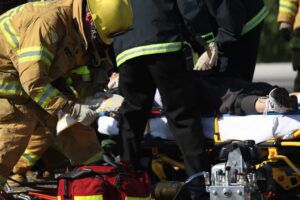 Virginia has been seeing a steady drop in alcohol-related fatalities over the past 5 years, and the Department of Motor Vehicles thinks the most recent drop may be due to ride sharing services like Uber and Lyft.

The stats from 2014 show that 251 people were killed in 7,666 crashes caused by drunk driving in Virginia. That number doesn’t include the over 5,000 people who were injured in these crashes. The data from 2015 that’s been recently released shows another decrease, with 195 alcohol-related deaths from 7,334 crashes.

It’s a significant decrease in deaths attributed to drunk driving in Virginia, and the advent of Uber and Lyft could very well be one of the reasons why. Both companies received permanent legal status allowing them to operate in the state back in February 2015, and the promotion of the companies as a safe way home after you’ve been drinking could mean someone doesn’t make the choice to drink and drive.

There are also a few other reasons why there could be a decrease in drunk driving in Virginia:

Whatever the cause of the decrease, both the Virginia Department of Motor Vehicles and the local police are happy to see the drop. With so many states seeing a constant increase in alcohol-related deaths, that drop is something all states should work toward.

You Won’t Believe Why This Man Refused the Breathalyzer
Next Post: Victims of Drinking And Driving In Maryland May Be Able To Sue