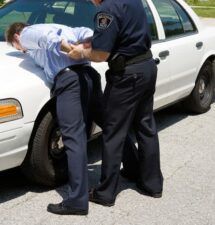 The National Highway Traffic Safety Administration (NHTSA) is behind many different initiatives to stop impaired drivers. They’re behind the “Buzzed Driving is Drunk Driving” campaign and they fund programs and provide education on the dangers of impaired driving.

The NHTSA also funds DUI task forces, and Roanoke County, Virginia is one of the latest beneficiaries of a million dollar grant to start their own. The task force will be collaboration between Roanoke County, Roanoke City, Salem, and Vinton.

A DUI task force is made up of a group of people who’s responsibility it is to apprehend drunk drivers. If you live in Roanoke County you could be seeing more checkpoints in your area, and police may frequently patrol the hot spots where drunk driving crashes have occurred.

To help them along the way, the NHTSA has a guide for task forces working to stop impaired drivers. In it they provide data from several counties who have had DUI task forces for varied lengths of time, and they show how each task force worked to apprehend drunk drivers. They also provide recommendations for task forces to improve their operations.

Now that a county in Virginia is cracking down with a DUI task force, the state may also want to look at their first offender DUI laws. As it stands, a first offense in Virginia only requires five days in jail, a minimum of $250 fine, and up to one-year driver’s license suspension.  An ignition interlock required only if the person has a blood alcohol concentration (BAC) over .15. Penalties get a little harsher at the second conviction level. The offender is required to lose their driver’s license for three years and install an ignition interlock no matter what their BAC.

The DUI task force is a great step in the right direction for Roanoke County, and if they see positive results, it might give other counties the motivation to step up and start an extra patrol of their own.