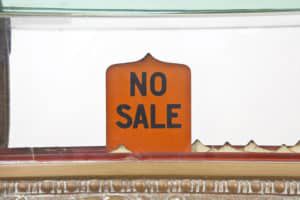 What’s the cause of drunk driving? You could say it’s alcohol, because you can’t drive drunk without it. However, if that’s true, you could also say that vehicles are the cause, because you need those too. In fact, impaired driving – particularly repeat drunk driving – is a complex problem requiring a varied set of solutions.

Some legislators in Tennessee have decided that selling alcohol to convicted drunk drivers is what causes repeat offenses. Their prevention strategy is to prohibit alcohol sales to anyone convicted of a Tennessee DUI.

The original bill, HB 1698, stipulated a lifetime ban for a third offense, but that was obviously deemed too harsh, and it was amended.

How the Alcohol Sale Ban Would Work

If convicted for a Tennessee DUI, an offender would receive a new license with a red strip on it, indicating that the possessor is banned from buying alcohol. Presumably the regular license would be restored after the restriction period is over.

Yes, But Will it Work?

There is evidence that various restrictions on alcohol sales can be helpful in reducing drunk driving on the whole. For instance, a study in the American Journal of Preventive Medicine found that higher alcohol taxes save lives on the road.

However, people have been known to obtain alcohol despite legal prohibitions – witness the amount of underage drinking in this country.

Ultimately, the problem isn’t the purchase of the alcohol but the use of it while driving. The best way to address that crime is with an ignition interlock, which prevents a vehicle from starting if the driver has been drinking. Tennessee already has a good interlock law, but if legislators want to prevent a motorist from driving drunk for 8 years, then an 8-year interlock term would be a better idea than an 8-year prohibition on alcohol sales. The interlock protects the public from the offender’s decision to drink and drive

We all understand that, when it comes to impaired drivers taking lives on Tennessee roads, Something Must Be Done. But level heads should prevail and preventions chosen which are proven to work. That’s what Tennessee needs and deserves.