Are Loopholes To Blame For This Drunk Driving Crash?

You are here: Home / News / Are Loopholes To Blame For This Drunk Driving Crash?
October 5, 2017 by Matt Talley 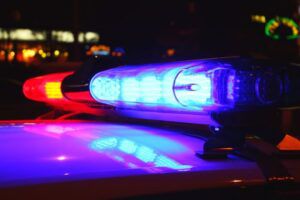 The most important thing to know about drunk driving is that it’s a choice.  Anyone who drinks alcohol and gets behind the wheel of a vehicle is making a choice to do so, and any drunk driving crash that happens because of that choice is completely the fault of the offender.

But what happens if someone has made the decision to drink and drive, they get arrested and subsequently penalized, and they find a way around those penalties due to a loophole? Who is at fault in those cases?

One lawsuit filed in Memphis, Tennessee says it’s the fault of the county, in this case Shelby County. The suit was filed by Thaddeus Matthew, a father who lost his son Kenya after he was killed in a drunk driving crash. The crash was caused by Melvin Willies, a convicted repeat drunk driver who was on probation.

According to the lawsuit, three months after Matthew’s son was killed a judge issued an order to Willies to install an ignition interlock in his vehicle. When he crashed into and killed Kenya, he did not have an interlock installed. The lawsuit claims that the city and the probation office were required to ensure the interlock was installed and they did not follow through.

No one knows what the outcome of the lawsuit will be, but this case may prompt local lawmakers to take a good look at the loopholes that may exist in Tennessee DUI laws. Lives are saved whenever a state cracks down and tightens up these laws, and although it’s too late to save Kenya Matthew’s life, it’s not too late to close loopholes and prevent other deaths.