Traffic Crashes Were On The Rise For 2015, But Why? 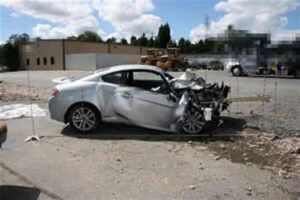 When it comes to traffic crashes in the United States, the decline is over. Or at least that’s what recent data from the National Highway Traffic Safety Administration (NHTSA) is showing.

It might be hard to believe when you read the news and see how many people are crashing every day, but over the past fifty years traffic crashes have been declining steadily. The NHTSA has attributed that decline to numerous factors including changing attitudes toward  drunk driving.

The organization does have a few ideas as to why the numbers have taken a jump, and one of the reasons is fuel prices. They’ve been low across the board and they continue to stay low while job growth has been on an upswing. That means more people out for road trips, weekends away, and other excursions, and that equals more traffic crashes.

Now that they’ve got hard numbers to look at, the NHTSA is partnering with the White House and issuing a call to action. They want to find out exactly why this increase has occurred, and when they know they’ll share the information with relevant people and organizations via the Fatality Analysis Reporting System.

When they are looking at the data for drunk driving, the NHTSA might want to take a look at ignition interlock compliance. Although the device is now required for first offenders in many states, there’s no hard numbers on how many people are complying with the court order to use their ignition interlock. That means there are a lot of drivers on the roads causing crashes when they should be driving with an ignition interlock.

It’s good news that the NHTSA is looking at this jump and taking action quickly. Maybe they’ll be able to identify why these traffic crashes are happening and stop these senseless deaths before it really gets out of hand.