You are here: Home / News / Here’s What Can Happen If Someone Avoids A Drunk Driving Checkpoint
January 12, 2017 by Matt Talley 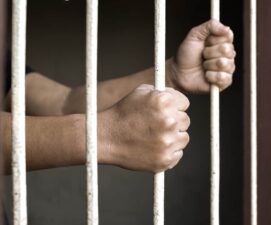 Have you ever wondered why police will announce a drunk driving checkpoint before it happens? After all, doesn’t announcing it sort of defeat the purpose of springing a checkpoint on someone who might be driving under the influence of drugs or alcohol?

Police announce checkpoints because they have to, or at least they have had to since 1990 when a Supreme Court ruling decided that checkpoints were within the boundaries of the constitution. The only catch was that if police were going to host one, they’d have to publicize it ahead of time.

This publication of checkpoints means, in most cases, the element of surprise is gone for the police officers. But that doesn’t mean that people aren’t caught unaware and happen upon a drunk driving checkpoint once in awhile, and a recent tragic case in Coeburn, Virginia is the perfect example.

Samantha Dennis was driving down a road when she happened upon a checkpoint. Instead of stopping she made a quick U-turn and crashed straight into a vehicle driven by a young mother and her children.

The children sustained injuries, but their mother died as a result of the crash. A passenger in Dennis’ vehicle also suffered life-threatening injuries. It wasn’t clear whether Dennis was actually driving drunk, but instead of driving through a routine checkpoint and receiving a potential drunk driving charge, she’s now destroyed a family and has been charged with felony murder and felony eluding.

That’s quite a price that many people are now going to have to pay, all because someone was attempting to get away from a drunk driving checkpoint. If you see a drunk driving checkpoint in the future and you aren’t quite sure whether or not you’d blow over the legal limit, keep this case in mind. It might stop you from making another wrong choice when you might have already made a bad decision by getting behind the wheel drunk.