What Will Haunt You? The Penalties Or The Shame Of Drunk Driving?

You are here: Home / Opinion / What Will Haunt You? The Penalties Or The Shame Of Drunk Driving?
October 30, 2015 by Matt Talley 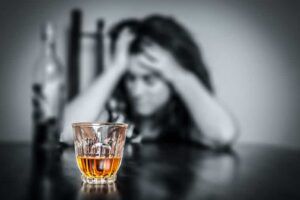 When you’re out for the night with friends and you have one or two drinks, you probably aren’t thinking about what could happen if you get stopped later on in the night for drunk driving. That ‘it can’t happen to me’ mentality is one of the reasons why so many people continue to drive drunk, and because they think they couldn’t possibly kill someone or be arrested due to drunk driving, they put the keys in the ignition and drive home after 2, 3, or more drinks.

But when someone is stopped or they do crash, that person is in for a rude awakening. Your first thought might be that you’ll go to jail, and you’d be right in some states. Depending on blood alcohol concentration (BAC) at the time of arrest, even first offenders can be required to spend time in jail in places like Arizona, South Carolina, and Florida.

Jail isn’t the only penalty you’ll endure after a DUI arrest. Once you’re arrested for driving under the influence (DUI) you’ll receive a court date, and that’s where your fines, drivers license suspension, and possible ignition interlock program will be decided.

Just based on penalties, it’s going to cost you a lot of time, inconvenience, and money to get back on track after a DUI arrest, but there’s more to worry about when you’ve been caught drinking and driving. The shame that comes along with being someone who made the irresponsible choice to drink and drive can be harder on an offender than the actual arrest.

If you go online and look for DUI offenders first hand accounts of the experience, you’ll see a lot of commentary on how they feel ashamed of themselves. One lady even mentioned that it affected her relationship with her own mother, and that “She made me feel really, really bad. She didn’t want to see me and shut the door in my face and told me to go away. That was the worst feeling ever.”

That’s just an example of the shame that comes along with simply receiving a DUI. Can you imagine if you crashed and injured or killed someone? It’s something you’d have to live with for the rest of your life.

If you or someone you know is about to put keys in the ignition after a night of drinking, you might want to think about both the penalties and the shame of DUI. Both can haunt you for a long time after your arrest.