What’s The Difference Between A Texas DUI And A Texas DWI?

You are here: Home / General Information / What’s The Difference Between A Texas DUI And A Texas DWI?
January 15, 2018 by Matt Talley 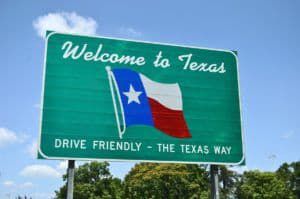 What’s the difference between a Texas DUI conviction—known as driving under the influence, and a Texas DWI—driving while intoxicated? Both include serious penalties, but if you’ve just been charged with either, you should know they aren’t exactly the same thing.

In many US states a DUI is the only charge you’ll receive, and state by state DUI laws highlight the different fines, fees, and penalties you can receive with your charge. Specifically in Texas, what you are charged with depends on a few factors.

What is a Texas DUI charge?

In Texas, you can be charged with DUI if you are stopped by police and your blood alcohol content (BAC) is below the legal limit of .08. If you receive this charge, it’s a Class C misdemeanor on your record.

What is a Texas DWI charge?

In contrast to the Texas DUI, a Texas DWI is a charge when a person has been stopped for driving while intoxicated, with intoxicated being defined as having a .08 reading on a breathalyzer or having physical or mental impairment due to alcohol or drugs.

A Texas DWI is a Class B misdemeanor. That can change if you are arrested with a BAC over 0.15 or if you hurt or killed someone because you were driving drunk. In that case your crime could jump up to a felony, and you could be going to prison.

Penalties for both DWI and DUI

In Texas, just like everywhere else, if you don’t want to pay the price, don’t drink and drive.